RETURNING TO (re) EXPLORE: ASIA

A little backgrounder - please feel free to skip ahead (I won't be offended;)

My phone rang late one night sometime during the summer of 1995. It was my friend Ed. "Hey Mag, what are you up to for the rest of the summer?" he asked. I was in the midst of a youthful contemplation of life, including my highly dubious future and what to do with it next. A great, but somewhat turbulent, experience with high school was now over and it was time to focus on that commonly taken next rite of passage: namely, the pursuit of so-called higher education. My journey, however, took a much different turn...

"I'm not sure at the moment Ed, why?" I asked. "A lady flew in from Toronto last night, and flew out this morning. I think it had something to do with culture shock," he said "can you come, to Korea?"

Ed was a friend from Ottawa, Canada (where I spent most of my pre-teen life), and a young Korean man who helped run English schools in Seoul (not to mention, a highly skilled jokester and noreabang singer!). He also knew me well enough to know that I was born to travel. Ed's 3:00 a.m. phone call had woken me up. "Ed, can you give me 15 minutes to wake up a little, to think, and call back?" He hung up, and called back within five. "Ok. I'll come for a bit" I said. My flight across Canada and the Pacific Ocean to a continent I had never visited before was booked on the following day. I thought I'd be going for a month (or two at the most), but stayed for four years.

I left Korea in 1999 with many fond memories (including an impromptu stint as an actor in a Korean sitcom to add to my non-existing acting credentials), amazing friends, a love for Korean food and culture, and experiences I would not have had had I passed up this unforeseen opportunity. I turned 18 in Korea and transitioned to the responsible adult (within reason of course) I needed to become. I also developed a profound love and interest in learning foreign languages (a love, however, that was arguably already determined much earlier in my life as my family and I immigrated to Canada) and global cultures.

After four amazing years, I returned to Canada invigorated and inspired, all the while experiencing an intensive dose of "reverse culture shock." I missed the smell of markets, that incredible feeling of exploring what to me was foreign, being surrounded by the sounds of a culture, etiquette and language I was keenly trying to figure out, and the kindness of strangers who despite my freckled Polishness embraced me as one of their own.

I've travelled to many fascinating places since, but have always carried some regret that I never explored more of this wonderful continent; in particular Southeast Asia, when I initially had the chance. So, fast forwarding now, nearly two decades later (has it actually been that long?!), I'm back - this time in a region that is as new and refreshing to my thirst for cultural immersions and burning curiosity as was Korea back in the mid-90s.

After nearly two decades, I'm back - in Asia: currently writing from my so-called office (aka: a small but charming balcony) in SIEM REAP, CAMBODIA.

THE TRANSITION: GETTING HERE & ADJUSTING TO

I spent the past six months leading up to this trip in the Arctic region. A cold and at times - highly isolating - place well known for its breathtaking landscape and beautiful Inuit culture. While I sometimes struggled with the so-called "northern life", I am extremely grateful for having had the opportunity to have been there, to have met some amazing people (many of whom, I will forever call my dear friends), to have ventured off onto the tundra, and to have witnessed a natural calmness and silence unlike anything I'd experienced before.

Needless to say, landing in Cambodia's capital Phnom Penh, thrust me into a world of polar opposites. The calmness of Nunavut's remoteness was replaced by congested roads and honking vehicles speeding and maneuvering their way somehow flawlessly in endless streams of weaving traffic. The North's crisp Arctic air that I inhaled for half a year, was suddenly replaced by heavy exhaust, fumes, and the suffocating smells of burning garbage. It took a little while to re-adjust, but I did...

As most people know, the Kingdom of Cambodia has gone to hell and back. From being devastated by war, U.S. bombings, and the Cambodian Genocide carried out by the Khmer Rouge from 1975 until 1979, this beautiful country and many of its people have witnessed the ruthlessness, and the worst, of human kind.

Among my first stops upon arrival in the capital, Phnom Penh, was the notorious Tuol Sleng Genocide Museum; a place of unthinkable horror and pain. Between 15,000-20,000 people were tortured and murdered there during the 70s; most of whom, were among the country's elite and most highly educated and professional members of Cambodian society. I walked through those buildings, formerly a school, that today still remain more or less as they were when the genocide ended.  As I fought to hold back the tears, I was reminded of the importance of such visits - namely that the horrors of the past need to live at the forefront of our thoughts so that history does not repeat itself.  PLEASE take the time to visit S-21 when in Cambodia and honour the lives so needlessly lost.

The potential for that often-photographed southeast Asian coastline is definitely here. I saw it - briefly...when forcing myself to see past the pollution, the mounds of junk and burning piles of garbage, the exhaust spewing vehicles suffocating in the air, and the large number of red light districts and casinos catering mostly to gambling foreigners. To put it mildly, as much as tried to appreciate the often raved-about Sihanoukville area,  my brief visit there - made me sad...on many levels. First, for the wellbeing of its people, and seond, for its natural and potentially breathtaking coastal environment.  I'm sure many people will disagree with me, especially those who I know have fallen in love with its well-known Otres beaches...but I know that it simply - wasn't for me. 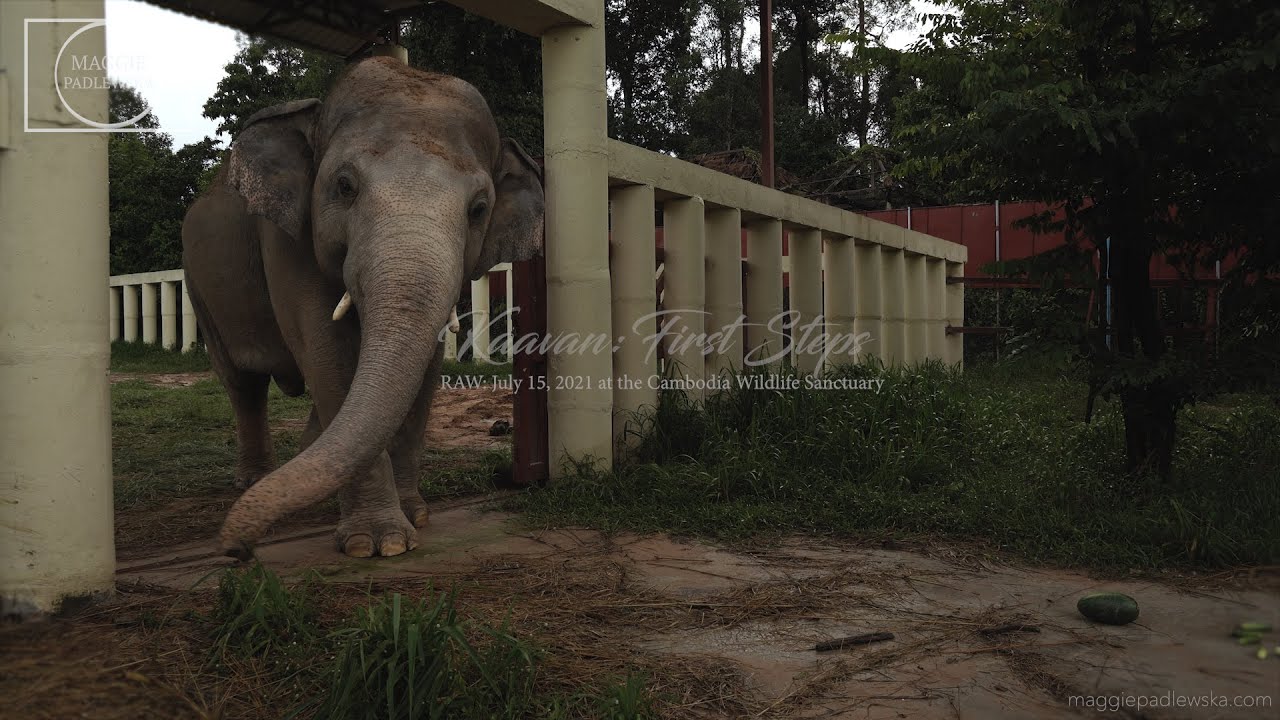 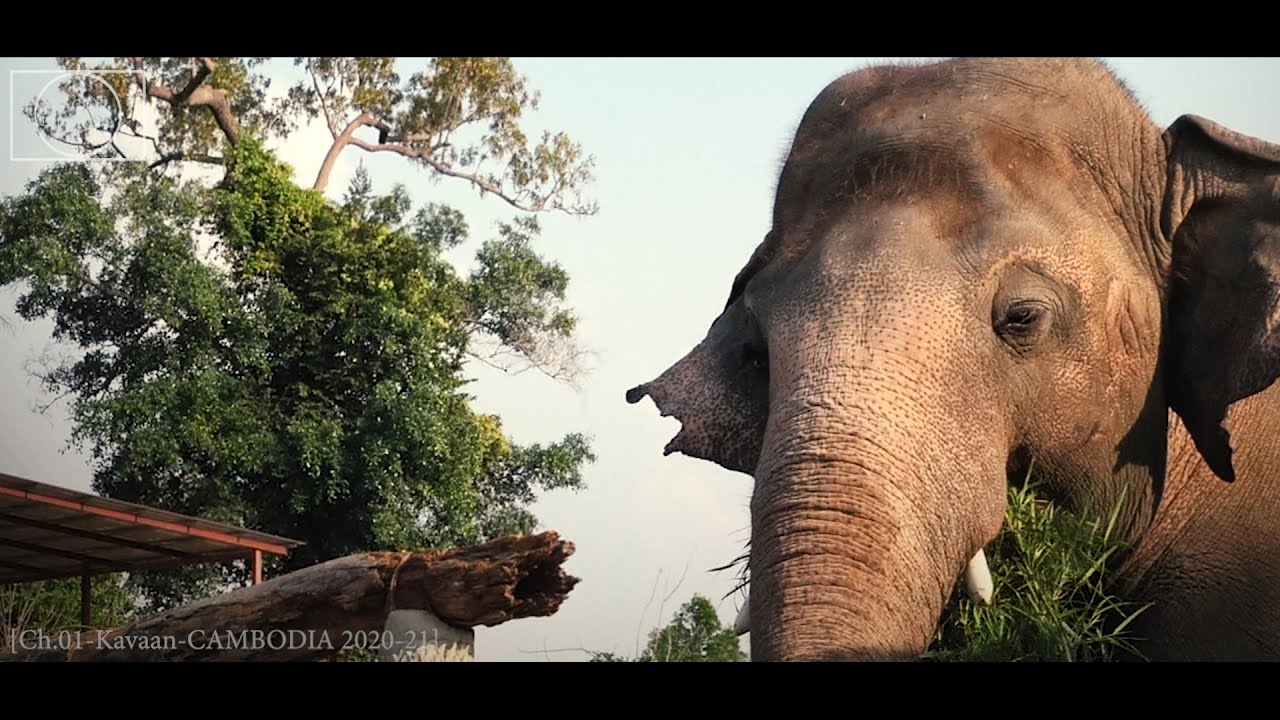 THE 30 SEC. TOUR: After nearly two decades, I finally got my (market) fix!

Here's a glimpse of the ambiance that I love to so very much!